Mexico is the Number 1 destination for Americans to go to for their vacations. It’s an amazing country dotted with beautiful beaches on both, the Caribbean as well as the Pacific Coast where you will find most of the tourists. However, there is so much more to Mexico which is so often overlooked. 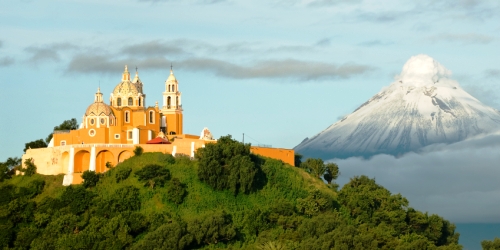 Mexico has a fascinating history and colorful culture which can be experienced by venturing further inland to places like Teotihuacan, “The place where men meet the Gods”, an enormous archaeological site in the Basin of Mexico, just 30 miles (48 km) northeast of Mexico City. It contains some of the largest pyramidal structures built in the pre-Columbian Americas which were built over 2,000 years ago and will take your breath away. Just an hour by air from Mexico City is Palenque, a Maya city state in Southern Mexico which dates back to 226 BC and is sure to inspire with its special energy and lush surroundings.

Having visited these sites and experienced its energies I can say with confidence that they are well worth a visit and should be on everyone’s bucket list. 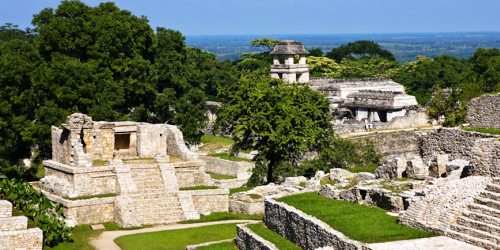 Below is an itinerary we have created for one of our clients which I’d like to share to give you an idea of what a visit to these sacred sites could look like and because all our itineraries are custom designed, we can create the perfect journey just for you.

Day 1: ARRIVAL IN MEXICO CITY
Meet at the airport and transfer to the Gran Hotel Ciudad de Mexico in the Zocalo District.

Day 2: MEXICO CITY (TEOTIHUACAN AND SHRINE OF GUADALUPE)
Buffet breakfast at the hotel. Drive to Teotihuacan to visit the imposing archaeological zone, where one of the oldest and best organized cultures of pre-hispanic Mexico, flourished nearly 2000 years ago.

Among its many interesting ruins you will admire the spectacular pyramid of the sun, the pyramid of the moon, and the square of Quetzalcoatl. On the way back to Mexico city visit of the shrine of Guadalupe, largest monument of faith of Mexican Catholics. Overnight at the Gran Hotel Ciudad de Mexico Zocalo. 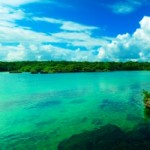 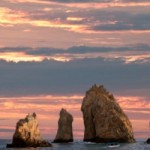 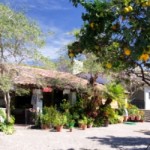 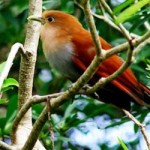 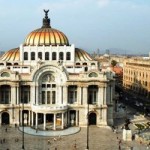 Day 3: MEXICO CITY (HISTORICAL CENTER AND MUSEUM OF FRIDA KAHLO)
Buffet breakfast in the hotel. Visit of the constitution square, popularly known as the Zocalo, located in the city’s historic center and declared a World Heritage site by UNESCO. It is the second-largest public square in the world.

Highlights include the national palace, where you will admire the mural by Diego Rivera, the metropolitan cathedral and the templo mayor. During your tour, you will get to know fine examples of the wonderful colonial city and its original architecture. There was a profound indigenous influence on the renaissance, baroque and neoclassical styles which marked the cultural evolution of New Spain.

Afterwards drive to the south of Mexico city to Coyoacan. Coyoacan, was the first seat of the Spanish Government, established by Cortez in 1521. Drive through residential areas full of colonial constructions of that epoch and visit the plaza Hidalgo and admire the parish of San Juan Bautista and the famous temple of Conchita.

Visit the blue adobe house, where Frida Kahlo was born and lived there with her husband Diego Rivera for 25 years.

Inside are examples of artwork as well as unique pieces of folk art and the folk dresses Frida Kahlo habitually wore. Return to the Gran Hotel Ciudad de Mexico Zocalo. Overnight. 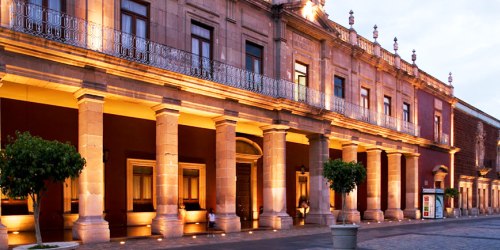 Day 4: MEXICO CITY (ANTHROPOLOGICAL MUSEUM) – VILLAHERMOSA
Buffet breakfast at the hotel. Afterwards departure to the world famous museum of anthropology. Opened in 1964, it is considered the finest of its kind in the world. Here you will admire the famous Aztec calendar stone, models of Tenochtitlan, a fascinating market place diorama, giant stone Olmec heads from the jungles of Tabasco and Veracruz, among many other interesting treasures. Transfer to the airport and flight to Villahermosa, capital of the state of Tabasco, situated on the Grijalva riverbanks. Meet at the airport and transfer to the hotel Hyatt Regency. Overnight.

Day 5: VILLAHERMOSA – PALENQUE
Buffet breakfast at the hotel. Visit of the la Venta park museum, who has wonderful remains of the Olmec culture, magnificent sculptures, carved altars and great basalt Olmec heads. The heads are 2,7 meters high, weigh 40 tones and were carved in the fourth century A.D. After the visit approx. 2 hrs. drive to Palenque.

Visit of the archaeological zone of Palenque and admire one of the most beautiful and fascinating archaeological zones anywhere. After this Maya city was abandoned in the X century, it became surrounded by a thick, tropical vegetation which leads us believe that many of its treasures may still be hidden.

During this unforgettable visit, you will see the temple of the inscriptions, the palace, and the only tomb found in the area, which contains the remains of one of their leading high-priests. Accommodation at hotel Ciudad Real. 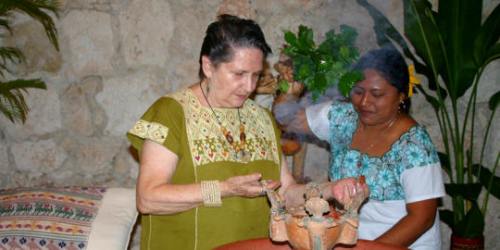 Day 6: FULL DAY EXCURSION TO BONAMPAK AND YAXCHILAN
Very early departure from Palenque to visit first Bonampak, near the Lacanha river, in the middle of thick jungle are the remains of a sixth century A.D. Mayan city, which has world renowned mural paintings. In a rectangular building with three rooms, Mayan artists left testimony to the religious and political life of the community on the walls and vaults. There are frescoes in a group of high quality colorful paintings representing rituals and scenes from war.

Continuation mainly by boat to Yaxchilan, located in the heart of the Lacandona jungle, on the riverbank of the Usumacinta, which impresses the visitor for its virtually unexplored beauty. Its architecture is that of long buildings formed by multiple corridors with temples ending in geometrical crests.

It has surprising ornamentation in its richly carved thresholds, niches with stone carved sculptures and altars, steles and stairs with low relief’s. Among the most interesting buildings arte: The temple of the four thresholds, the palace of the seven chambers, the stairs with images of the ball game court and the labyrinth. Return to Palenque. Overnight hotel Ciudad Real. 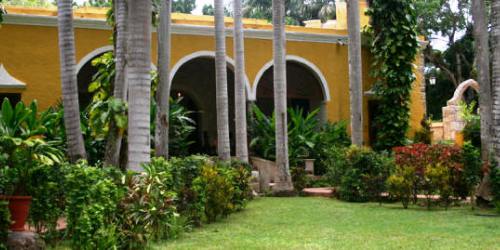 Day 7: PALENQUE – VILLAHERMOSA – MERIDA – UXMAL
American breakfast at the hotel. Approx. 2 hrs. drive to Villahermosa to the airport and flight to Merida. Pick up at the airport and direct transfer (aprox. 1 ½ hrs.) to Uxmal. Visit of the archeological zone. It is a large site with some fascinating structures in good conditions. Adding to its appeal is Uxmal’s setting in the hilly Puuc region, which lent its name to the architectural patterns to this area. Uxmal’s buildings are known for their clean horizontal lines and abundant ornamentation on the upper portion of facades, contrasting with the simplicity of the lower stone walls. Among other constructions, you will admire here the nunnery quadrangle, the temple of the magician, and the governor’s palace. Overnight hotel Hacienda Uxmal. 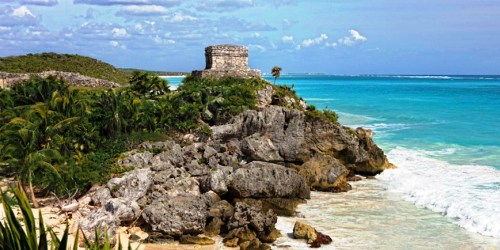 You could easily spend a week wandering around the six square-mile and its hundreds of structures, but you can see enough of what has been uncovered, to give you a feeling for its past glory and great respect for the Maya civilization.

Here you will admire buildings of two entirely different styles, some of which are the pyramid of Kukulcan, the ball game, the throne of the red jaguar, the castle, and the temple of the warriors among others. Overnight hotel Hacienda Chichen.

Day 9: CHICHEN ITZA – MERIDA – MEXICO
American breakfast at the hotel. Aprox. 1 ½ hrs. drive to Merida and visit the capital city of the state of Yucatan. Merida is a typical colonial city founded by the Spaniards in 1542.

In this intriguing city you will admire its narrow streets, its Spanish colonial mansions and its impressive French-style mansions. You will visit its main square, surrounded by beautiful buildings such as the Casa de Montejo, the cathedral, the palace of the governors and the city hall.

You will end this city tour in the big market where practically everything can be found. Afterwards transfer to the airport and flight to Mexico City. Overnight at the Hilton at the Mexico City Airport 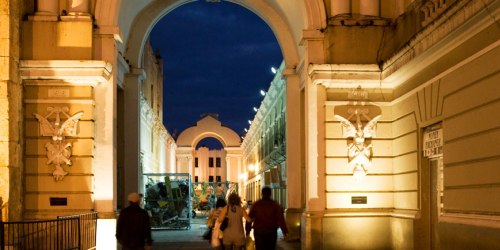 Day 10: DEPARTURE FROM MEXICO CITY
Today you will depart to your home city or we can arrange extension of your trip to one of the beautiful beach destinations in Mexico for some relaxation.

Do you feel inspired and excited to see a different side of this amazing country? Contact us and let us know what you would like to experience on your next trip to Mexico. We’ll make sure that it will be everything you have been hoping for.

May all your travels stir your soul and change your life forever – Ales.

A special ‘Thank you’ to ‘Visit Mexico’ for the beautiful pictures.

2 Responses to Mexico: A Mayan Adventure

Sign-up for a FREE copy of JOTS
"Top 10 Life-Changing
Travel Destinations!"
(...and our fabulous newsletter too)

We can’t thank you enough for the outstanding job you did for us. Your continued responsiveness and the level of customer service you provided us, helped make our trip as memorable as could be. We will not hesitate to recommend you to everyone we know.

Need a hand planning your next
adventure? Contact us for
a Free Consultation!